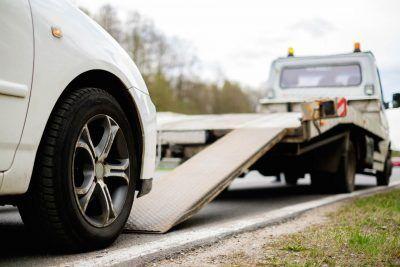 Towing is pulling an object such as a vehicle using a rope, chain or tow bar. The object being moved or pulled must be attached to what’s pulling it. This may be done using a motorized vehicle, humans, vessels or animals. Towing may involve the use of tractors, trucks, trailers or ballast tractors.

1. Canada is Home to the Largest Tow Truck Worldwide

The largest tow truck was manufactured in Quebec, Canada. It goes for one million dollars. It was made by NRC industries and is recently owned by Mario’s Towing Company. The machine is big and has a crane that is durable, fixed at the back of the tow truck. Towing can be done from a long distance by reaching many lanes.
It lifts disabled and wrecked vehicles. It is operated when parked off the road so that it won’t cause unnecessary inconveniences to other road users. Towing services provide a number of services such as removal of abandoned cars or vehicles blocking the road.

2. Retrievers are the Smallest Tow Trucks

Retrievers are motorcycles weighing 165 kilograms with the capability of hauling 2500 kilograms of an object. It was first manufactured in Sweden by Coming Through Company. It features an adjustable gear at the back that folds and unfolds when not in use and when in use, respectively.
It is mainly used in highly populated areas with traffic jams. The advantage of retrievers is that they can be driven off roads and even find their way through traffic.

3. Tow Trucks Were First Manufactured in 1916

Sr. Ernest Holmes was a mechanic who invented trucks in the year 1916. He used six men, ropes and blocks to pull a car. Afterward, he came up with an idea of making a flat-surfaced tow truck to carry cars efficiently and with more ease. He built a crane and tried to use it to lift vehicles that had an accident.
However, it didn’t work out. Therefore, he went back to using his initial method of heavy lifting. Years later, he discovered that the weight of a towing truck and that of the vehicle to be pulled were to be distributed equally to attain stability.
He then added outriggers in the Cadillac front and everything balanced. This is how he came to make his first functional tow truck.

4. A Museum was Built for a Tow Truck

There is an International Towing Museum in Chattanooga, Tennessee that exhibits pictures, equipment, historic information and wreckers that Holmes made. It was established in 1995. The museum was situated in Chattanooga because it is the hometown of the tow truck inventor, Holmes.

5. Tow Trucks are of Five Types

Initially, there was just one type of tow truck, the traditional tow truck. Hook and chain was invented by Holmes, the first known tow truck. Other four types are boom, wheel-lift, flatbed and Integrated tow trucks.