The 3 most interesting museums in Kansas City MO

Have you been to the best museums Kansas City MO has to offer? 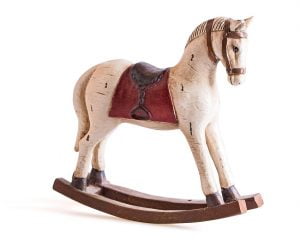 Museums are where education, information, and interest all come together. The best museums are dedicated to a single idea or time period. They present the entire story from start to finish. The staff at our towing service love a trip to the museum, there are a lot of choices in the city though. We’ve decided on our 3 favorite museums. They take a hands-on approach and offer visitors new information on a subject that isn’t necessarily well explored or has lost popular favor. Without further ado, here are our top choices.

You might be wondering, just how can a museum on World War 1 make the list? It might be famous and well known, but the details of World War 1 have been lost on present generations. Many confuse it with World War 2 because the sequel gets much more screen time. World War 1 was gritty and dirty and largely fought in networks of trenches throughout Europe. There are some major highlights that keep us coming back time and again. The war might be in the past, but exhibits and speakers bring it to life in the present. Some of our personal highlights from the National World War 1 Museum and Memorial include:

One of the most interesting local museums, the Arabia Steamboat Museum is dedicated to a local legend. The Arabia was a steamboat carrying supplies for 16 different towns along the Missouri River. The ship was lost in 1856, but even more amazingly, was recovered in 1988. Much of that treasure remained intact. The museum showcases a wide range of pieces from dishes to clothing tools, guns, and foreign goods being transported for sale. Some of the most interesting finds include:

The National Museum of Toys and Miniatures

It’s easy to think that toys are just for kids, but that couldn’t be further from the truth. The further back in time you go, the more care was put into each item. This is doubly true for miniaturized items. Craftsmen labored intensively over every piece to make it as detailed as possible. You won’t find that quality in today’s mass produced toys. You’ll still find it at the National Museum of Toys and Miniatures, though. Just some of our favorites include:

Now that you know which museums to go to, it’s time to enjoy an incredible tour or get some outside time in a gorgeous local garden.