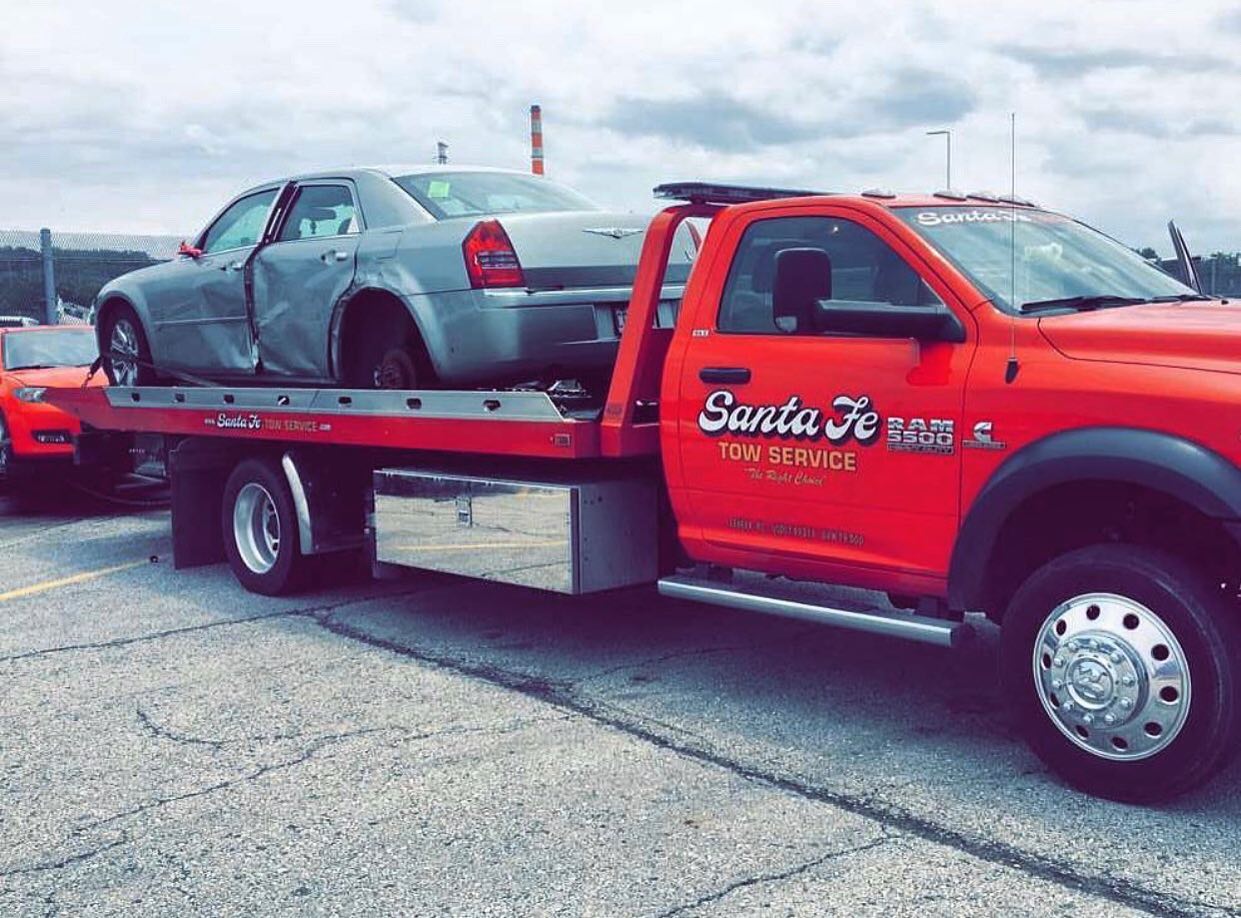 Need a trusted towing company in Angola that is open 24/7 and 365 days a year? The crew at Santa Fe Tow Service are the professionals to call! Our Angola tow truck team is available every day of the week, at any time of the day, rain or shine! For assistance from an experienced towing company call (816) 524-9688!

Santa Fe Tow Service ensures that we work with only the best in the business. All of our towing company professionals complete continuing education courses every year and stay up to date with the latest towing industry techniques and safety standards. Our drivers and operators are proudly certified by the Towing and Recovery Association and WreckMaster.

Our Angola, KS towing company services include, but are not limited to:

Get a tow truck near me in Angola, KS NOW!