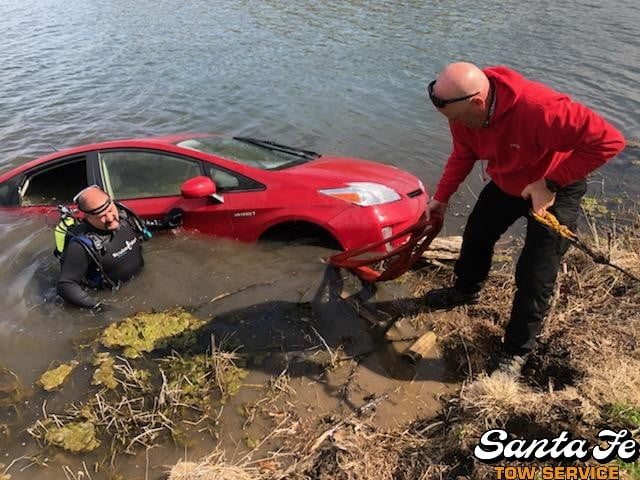 Tow Service Recovers Car After It Went For An Impromptu Swim

Santa Fe Tow Service came to the rescue after a Toyota Prius took an impromptu swim in a Belton, MO, lake. The driver of the Prius had ‘parked’ his car on the driveway of his lakefront home. Once he exited the car, it quickly became apparent that the car was not in park as it slowly began to roll down the driveway!

Picking up momentum on the small slope, the car was simply too fast for the driver to catch up with. He watched helplessly as his Prius splashed into the lake and sunk to its depths. Santa Fe was called in to recover the sunken Prius. Having performed countless marine recoveries in the past, the team knew that a proper assessment was needed prior to attempting the recovery.

The assessment team made their way to the gated community. Once there, they immediately noticed that the car was no longer visible from the shore and a boat would be needed to locate it. They returned to the lake the next day with a boat, a scuba diver, and a 1 ton wrecker. Once the boat located the car, the scuba diver made his way to the car’s underwater parking spot, 15 feet below the surface!

Once the scuba diver had hooked a line onto the frame of the car, he gave the tow service team on land the okay to begin winching the vehicle out of the water. Slowly but surely, the Prius was finally rescued from its underwater grave.

Fantastic work out there team! Underwater recoveries are challenging but you make it look as simple as 1-2-3!

Santa Fe Tow Service received a call requesting a towing service in a gated community in Belton, MO. The tow service was advised that a car was submerged in a lake and an assessment was needed. A tow service team was dispatched from Santa Fe Tow Service’s location at 9125 Rosehill Rd, Lenexa, KS 66215, United States.

Once at the lake, the tow service team noted that the car was completely submerged in the lake and not visible from the shore. The team arranged to send a boat out into the lake the next day to attempt to locate the boat. The towing service team was on standby when the boat went out on the lake. The boat located the submerged Toyota Prius. The tow service team deployed a scuba diver to hook onto the car’s frame. 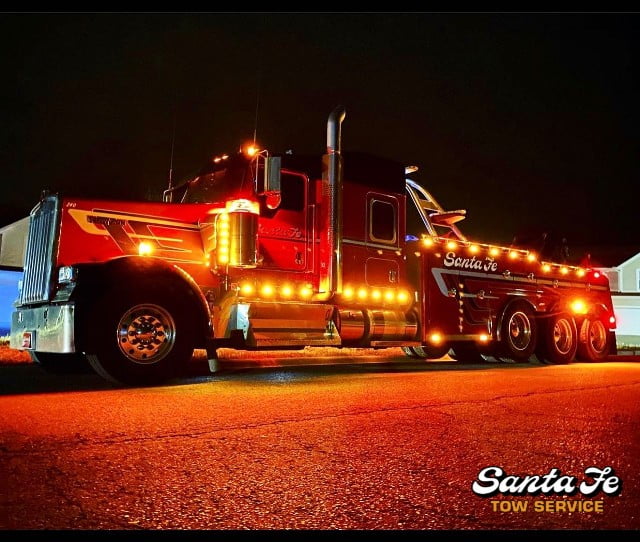 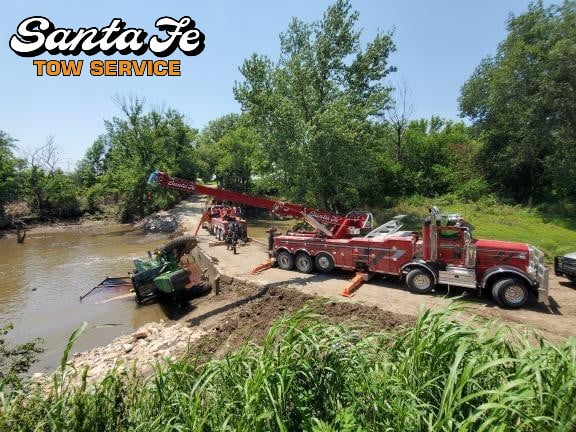 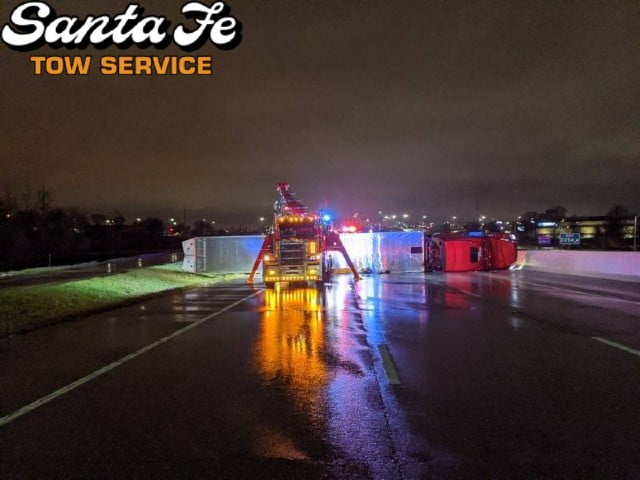